The Company's Rich Tradition and History

OUR PAST... A TRADITION OF SERVICE

In 1911, Mercer Moorman Parrish, Sr. chose Gainesville -- the fourth largest city in Florida at the time -- over Orlando and Perry, as the location of the Inter-Southern Life Insurance Company’s first Florida office. He quickly persuaded his father, James Howard Parrish, to relocate from Kentucky and formed the father/son real estate business of James H. & M.M. Parrish, Realtors.

The two went on to build leading real estate and insurance businesses and, in the process, became two of Gainesville’s most prominent residents. They were active in both civic and business circles and truly influenced the course of the city’s history. Neighborhoods such as The Duckpond and Golf View were developed by the pair.

In the 1930’s, Moorman’s sons, M. and H., carried on the family businesses. They began their own residential construction company and built a wide range of housing types throughout the city. M. also established a commercial construction company which was involved in the building or renovation of many Gainesville landmarks like the Thomas Center and UF’s South End Zone.

M. was influential in bringing new industry and business to Gainesville (G.E., Sperry Rand, and others) , and like his father, would alter the course of the city’s development. In the early 1950’s, M. formed M.M. Parrish & Associates and became known as “Mr. Real Estate” for all the hours he dedicated to the industry and community.

In the early 1970’s the insurance business was sold and the construction business would be sold in 1984. When H. Parrish died in 1971 his son Jim joined the company to focus on commercial brokerage. The company grew from twelve associates in 1980 to over forty by 1984. Jim became active in the real estate industry at both the state and national level and served as the President of the Florida Association of Realtors in 1989In 1911, Mercer Moorman Parrish, Sr. chose Gainesville -- the fourth largest city in Florida at the time -- over Orlando and Perry, as the location of the Inter-Southern Life Insurance Company’s first Florida office. He quickly persuaded his father, James Howard Parrish, to relocate from Kentucky and formed the father/son real estate business of James H. & M.M. Parrish, Realtors.

In 2000, at the age of 52, Jim suffered a fatal heart attack (as did his father and grandfather) leaving wife, Susan Parrish, as the first female owner of the company.

To kick off the next 100 years, family-owned M. M. Parrish Realtors joined with a new family in October of 2011. Beau Beery and father-in-law Todd Rainsberger became co-owners with the mother/son team of Susan and J Parrish. Beau heads-up the Commercial Property Division, while J. serves as CEO and continues to oversee the entire operation. As Director of Community Relations, Susan represents the Company and encourages participation in many charitable and volunteer efforts. Todd, although without a formal title, offers ‘big picture’ leadership and is involved with Beau in building a strong Commercial Division. Overall operation of the Company is a group affair.

In January of 2013, Michael Kitchens, a 24-year industry veteran and 7th generation resident of Gainesville, was hired as President of the Company.

The company today operates from two locations with over 80 Sales Associates ready to assist. After more than 105 years in business through some of the most challenging and rewarding times, the company is poised to move strongly into the future — serving the greater Gainesville market with the highest level of service.

OUR PRESENT... A COMMITMENT TO EXCELLENCE

Keep Up With Us

WHAT OUR CUSTOMERS ARE SAYING

FOR SUSAN WALKER
Susan was nothing short of spectacular during our search for a home. As first time buyers, we were initially overwhelmed by the entire process. Her experience in the business was evident from the very start and she quickly calmed all our fears about searching for a house. Susan promised she wouldn't settle for anything less than the perfect house for us, and that’s exactly what we got!
--Danny Rohan
Jan 2, 2015 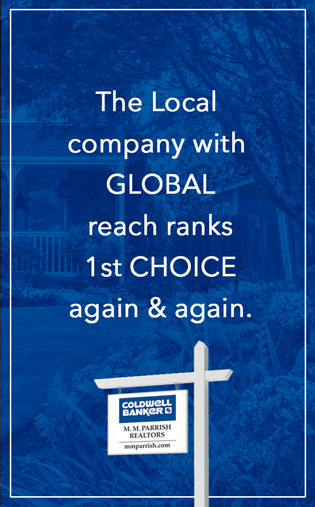